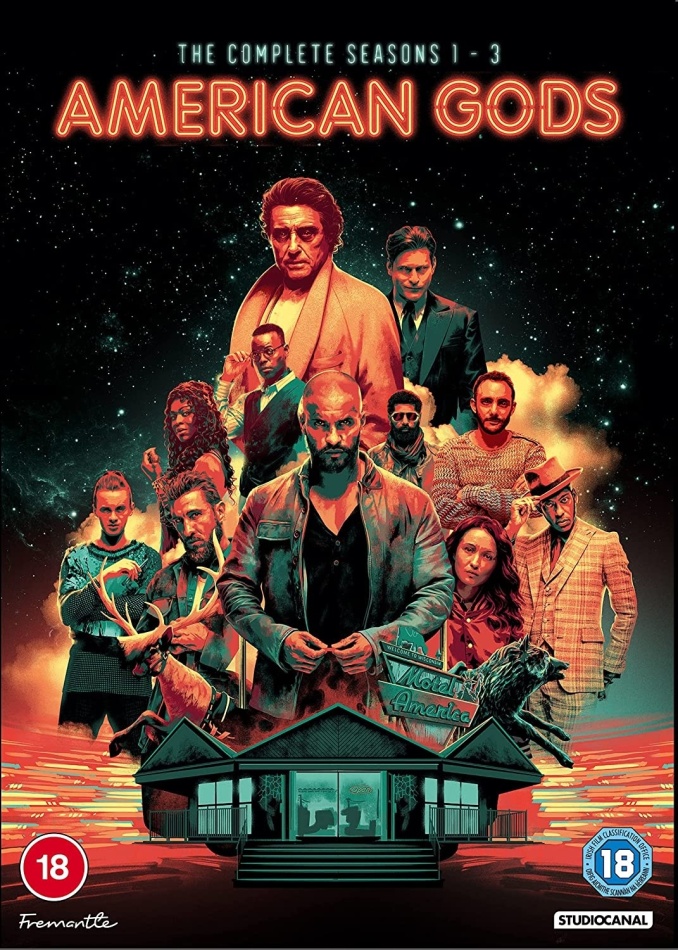 AMERICAN GODS is the epic story of an inevitable war building between the Old Gods of mythology and our New Gods of technology, based on the bestselling novel by Neil Gaiman (Good Omens, Stardust, The Sandman).
Ricky Whittle (The 100) stars as ex-con Shadow Moon, a man pulled into the service of the mysterious Mr. Wednesday, played by Ian McShane (Deadwood, John Wick).

Season One introduces us to Shadow Moon, set adrift by the recent tragic death of his wife before being hired as Mr. Wednesday’s bodyguard. He enters a hidden world where magic is real and the Old Gods fear both irrelevance and the growing power of the New Gods, like Technology and Media.

Season Two features deities both Old and New on quests across America that will eventually converge, forcing Shadow to carve out a place as a believer among living gods, where change demands commitment, and faith requires terrible sacrifice.

Season Three finds Shadow fleeing from his apparent destiny in order to forge his own life, however he soon realises that you don't get to simply reject being a god. The only choice — and a choice you have to make — is what kind of god you’re going to be.