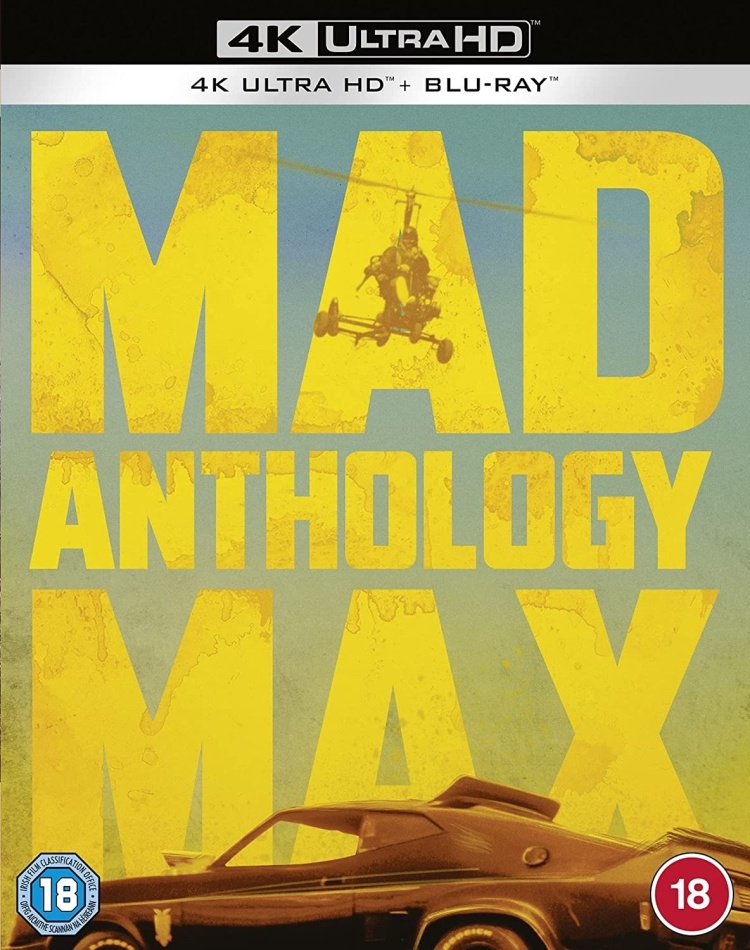 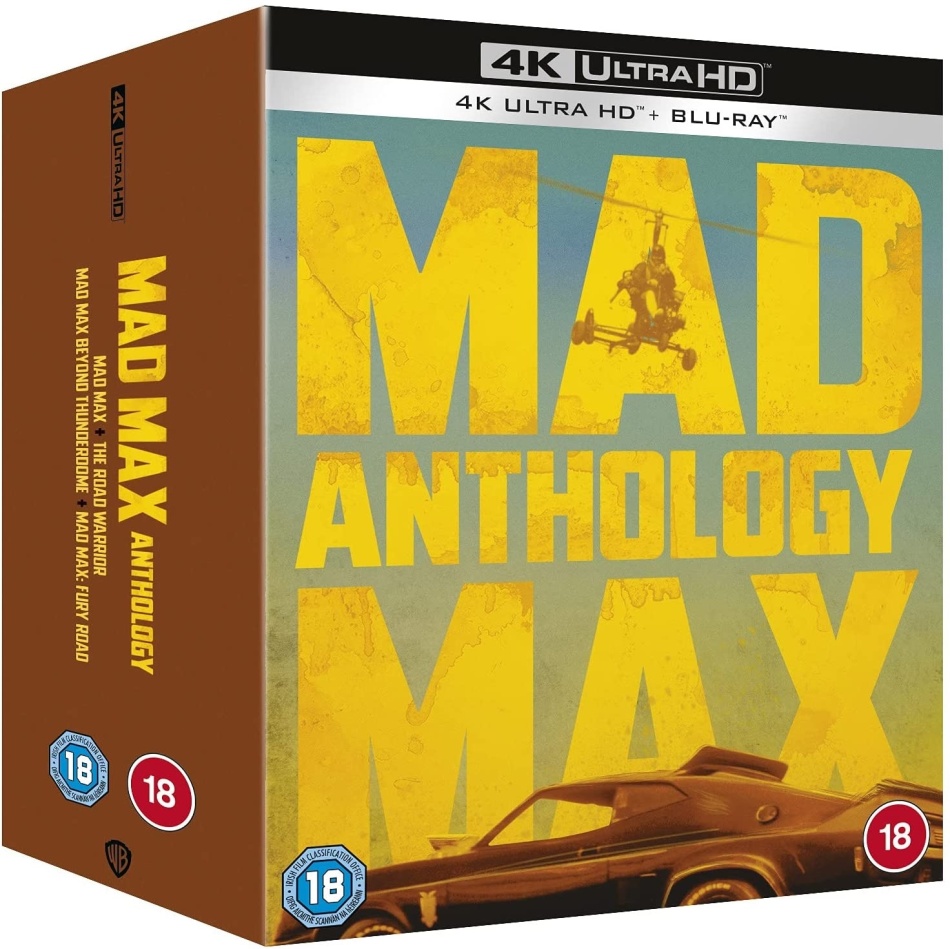 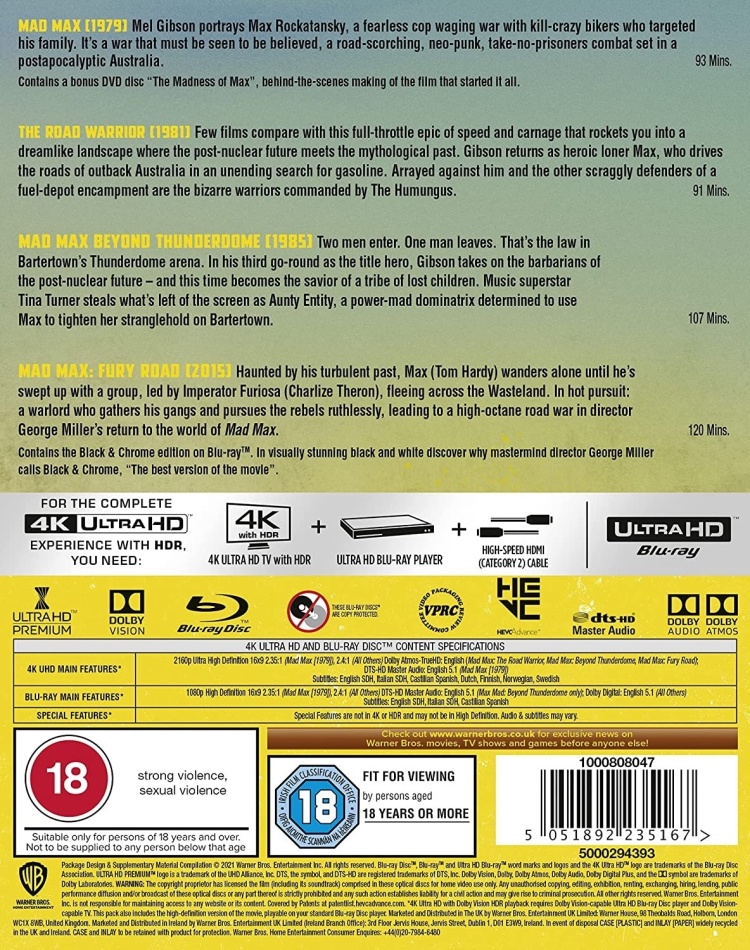 Four-disc set includes: Mad Max (1979)The initial entry in director George Miller's "Mad Max" series offered a star-making turn by Mel Gibson as Max Rokatansky, a fed-up Australian cop in the near future whose decision to retire from the force is railroaded by the death of his wife and daughter at the hands of a murderous gang of cycle-riding marauders. Co-stars Joanne Samuel, Steve Bisley. Includes the original Australian audio track that had been previously unheard in America. 94 min. C/Rtg: R The Road Warrior (1981)Director George Miller's landmark and influential sci-fi actioner set in a bleak post-apocalyptic Australia became a cult hit and made Mel Gibson a global star. Gibson returns as burned-out adventurer Max Rockatansky, who's enlisted to help a band of refugees cross a vast wasteland, along the way battling hordes of punkish marauders on tricked-out vehicles out to steal their gasoline, the most valuable commodity available in this nightmarish world. With Bruce Spence, Vernon Wells. 95 min. C/Rtg: R Mad Max Beyond Thunderdome (1985)The third film in the futuristic "Road Warrior" series pits Max (Mel Gibson)-perhaps not quite as "mad" as he once was-against the sadistic residents of Bartertown and their leader, Auntie Entity (Tina Turner). Perceived as a messiah by a tribe of wild children, the leather-clad nomad finds it in his heart to lead them to their "promised land." Director/co-writer George Miller's sci-fi epic co-stars Bruce Spence, Angelo Rossitto, Paul Larsson. 107 min. C/Rtg: PG-13 Mad Max: Fury Road (2015)Filmmaker George Miller revs up the engines of the "Mad Max" series for a fourth time, explosively returning laconic road warrior Max Rockatansky (Tom Hardy) to the screen 30 years after his previous appearance. Here, Max makes common cause with "war rig" driver Furiosa (Charlize Theron) and would-be martyr Nux (Nicholas Hoult), all seeking redemption as they are chased across the stark wastelands of a gas-hungry world gone insane. With Hugh Keays-Byrne, Rosie Huntington-Whiteley. 120 min. C/Rtg: R