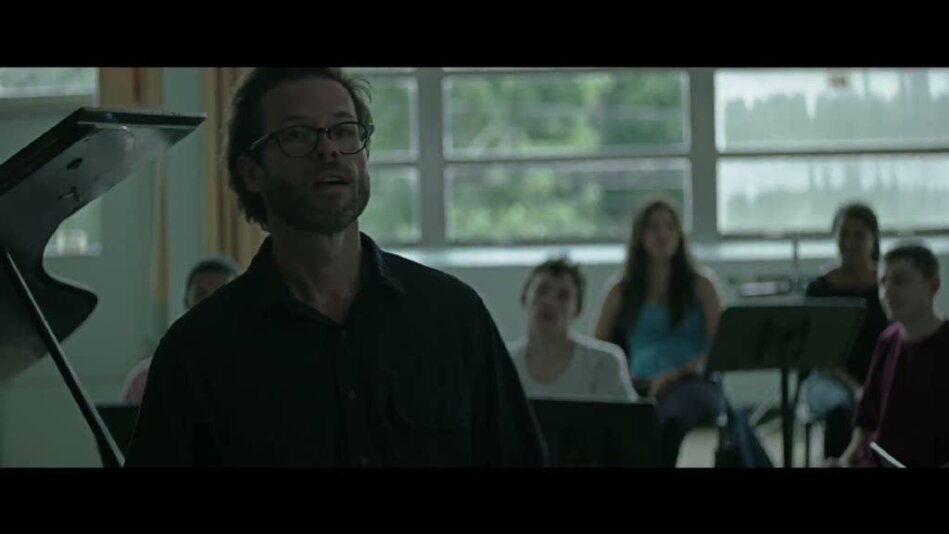 Sophie, a young foreign exchange student, arrives to stay with a family in up-state New York, taking piano lessons from the father, Keith. But soon Sophie`s longing for excitement and Keith`s growing disenchantment with family life begin to take on a romantic aspect which threatens Keith`s comfortable suburban existence.

A British exchange student disrupts the family dynamics of an American household in this domestic drama from director Drake Doremus (Douchebag, Like Crazy). Before he taught music, cellist Keith Reynolds (Guy Pearce) was just another struggling musician trying to make it in New York City. Years later, Keith has settled down with his wife Megan (Amy Ryan). As their daughter Lauren (Mackenzie Davis) prepares for her senior year of high school, Keith begins to grow increasingly nostalgic about his bohemian youth. Meanwhile, the occasional gig as a substitute cellist for an esteemed Manhattan symphony provides a much-welcomed reprieve from his predictable life as a family man. But when Megan decides to host British high-school senior Sophie (Felicity Jones) as an exchange student, the wistful musician finds the impulsive nature that he has successfully repressed once again bubbling to the surface, where nothing is nearly as placid as it appears.