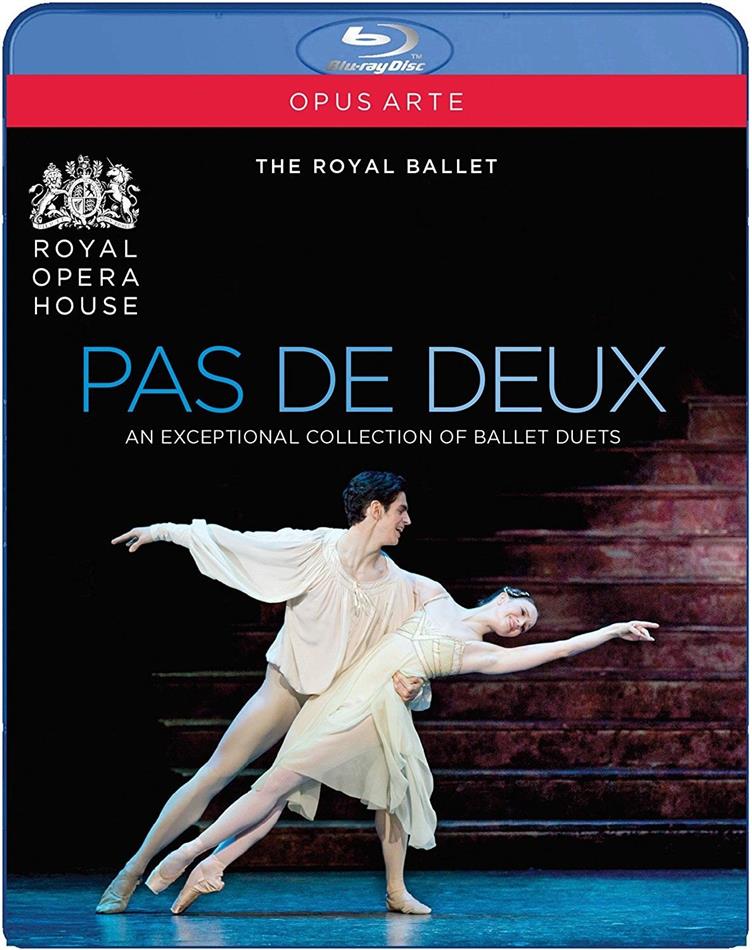 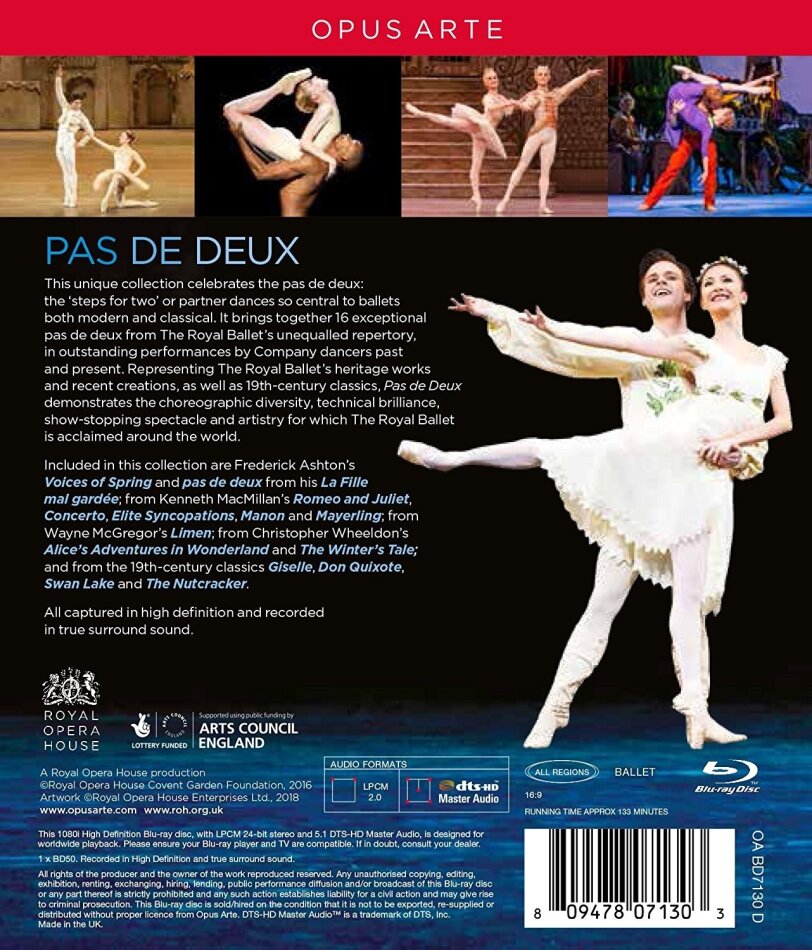 This unique collection celebrates the pas de deux: the ‘steps for two’ or partner dances so central to ballets both modern and classical. It brings together 16 exceptional pas de deux from The Royal Ballet’s unequalled repertory, in outstanding performances by Company dancers past and present. Representing The Royal Ballet’s heritage works and recent creations, as well as 19th-century classics, Pas de Deux demonstrates the choreographic diversity, technical brilliance, show-stopping spectacle and artistry for which The Royal Ballet is acclaimed around the world.

Included in this collection are Frederick Ashton’s Voices of Spring and pas de deux from his La Fille mal gardée; from Kenneth MacMillan’s Romeo and Juliet, Concerto, Elite Syncopations, Manon and Mayerling; from Wayne McGregor’s Limen; from Christopher Wheeldon’s Alice’s Adventures in Wonderland and The Winter’s Tale; and from the 19th-century classics Giselle, Don Quixote, Swan Lake and The Nutcracker.