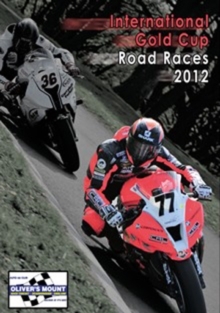 For the first time in more than a decade, Duke brings fans action from the International Gold Cup, held at Scarborough s road racing circuit Oliver s Mount. The decision to once again produce this review reflects the growing customer interest in road racing and the demand for this event in particular. Among the stars entered for the mid-September meeting are famous road racers including Michael Dunlop, Guy Martin, Ryan Farquhar, William Dunlop, Bruce Anstey, Ian Lougher Adrian Archibald and Davey Morgan. The International gold Cup meeting features two days of action, with a minimum of 9 races each day, including the prestigious Steve Henshaw Gold Cup. Classes will include Superbikes, 600cc Supersport machines, SuperTwins and more. All the action takes place around the legendary 2.43-mile Oliver s Mount circuit, and has played host to the likes of Geoff Duke, John Surtees, Bob McIntyre, Mike Hailwood, Phil Read, Giacomo Agostini, Barry Sheene, Wayne Gardner, Joey Dunlop and Carl Fogarty. The ongoing growth in interest in road races like the Isle of Man TT, North West 200 and Ulster Grand Prix has increased demand for coverage of other road racing events, as demonstrated by their prominence on TV channels such as British Eurosport. A PR and marketing campaign targeting leading specialist publications, including Motor Cycle New, Motor Cycle Racer and Fast Bikes magazines, has supported the launch of this product.