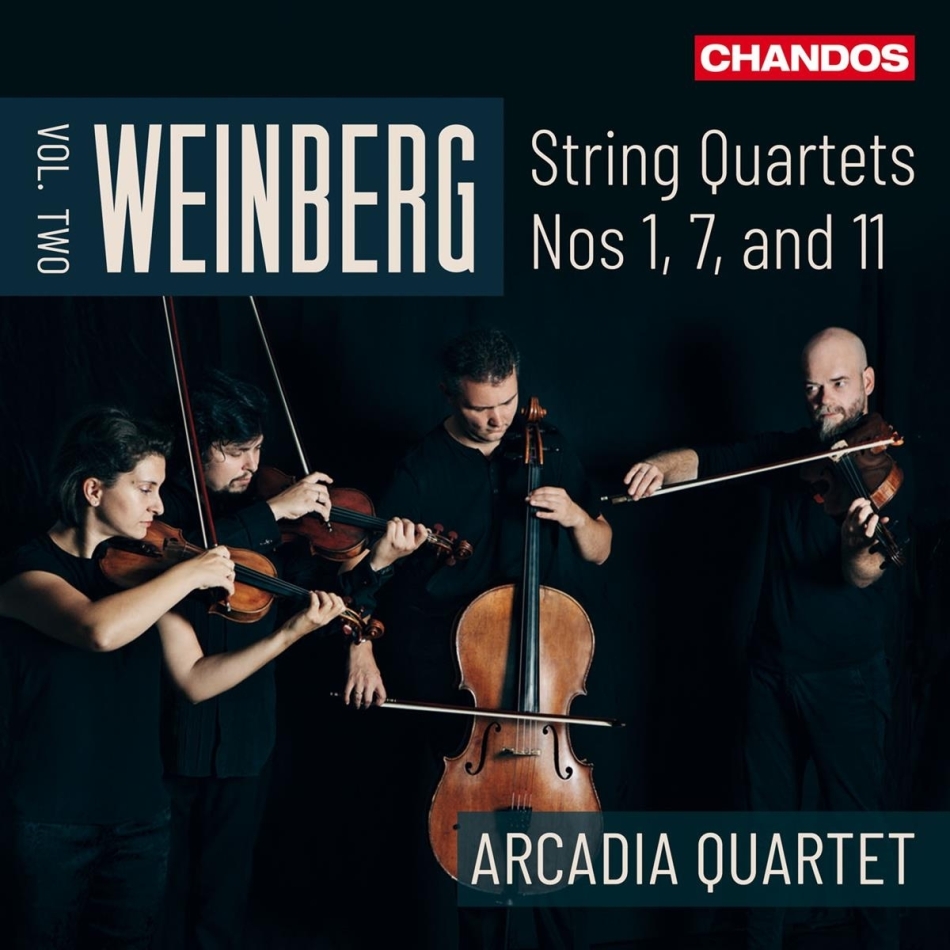 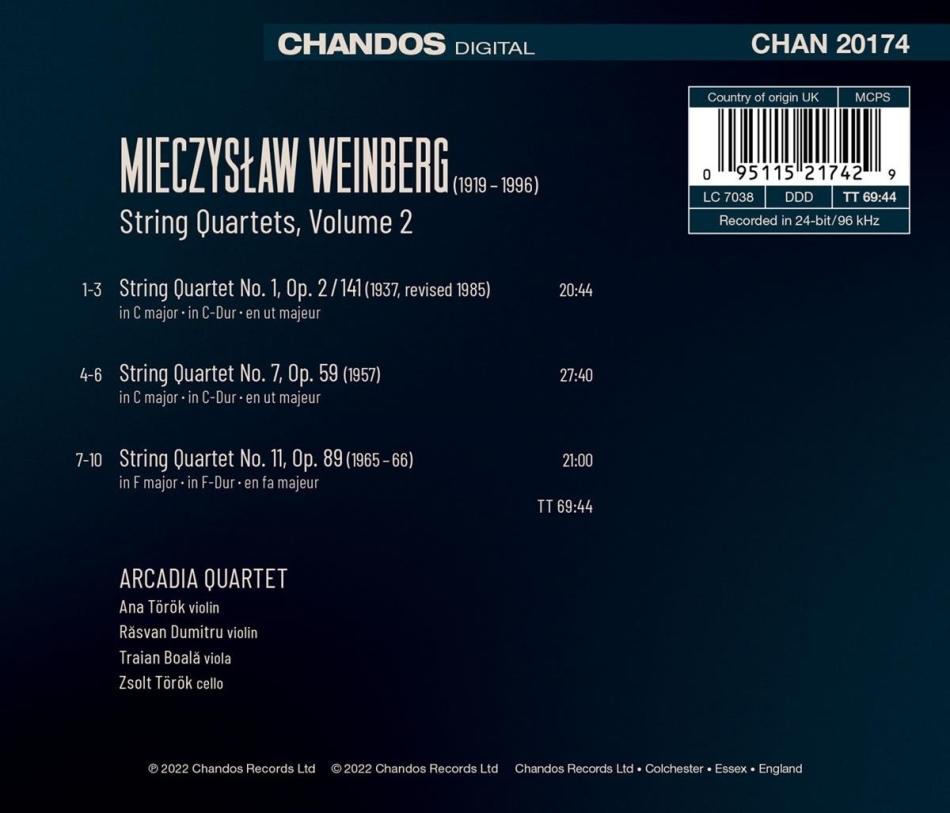 For this the second volume in their series of Weinberg’s string quartets, the Arcadia Quartet again presents three quartets from contrasting periods in the stylistic development of the composer. The first quartet of the self-taught teenager, written in 1937, in what Weinberg later described as his ‘neo-impressionist’ style, was heavily revised later in his life, and eventually re-published as Op. 141, in 1985. (It is this revised version that has been recorded here, the original version surviving only in manuscript form, in places virtually illegible.) The seventh quartet dates from 1957, after a gap of twenty turbulent years that had witnessed the emigration of Weinberg from Poland to Russia, his introduction to Shostakovich, and his experience of censorship and imprisonment in 1953. In contrast to his earlier quartets, the mood is more intimate and withdrawn, yet defiant. The eleventh quartet was composed between 13 October 1965 and 25 December 1966, at a time when Weinberg was mulling over the composition of his first opera, The Passenger. It is dedicated to his first daughter, Victoria, and was premièred by the Borodin Quartet on 13 April 1967 in the Chamber Hall of the Moscow Conservatoire.