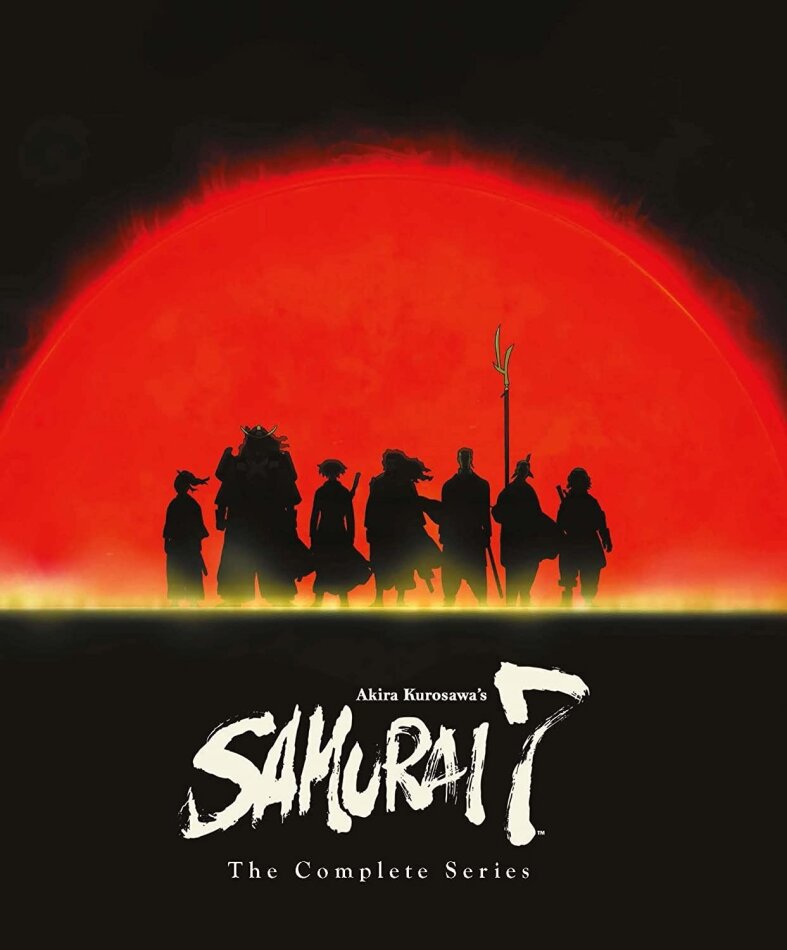 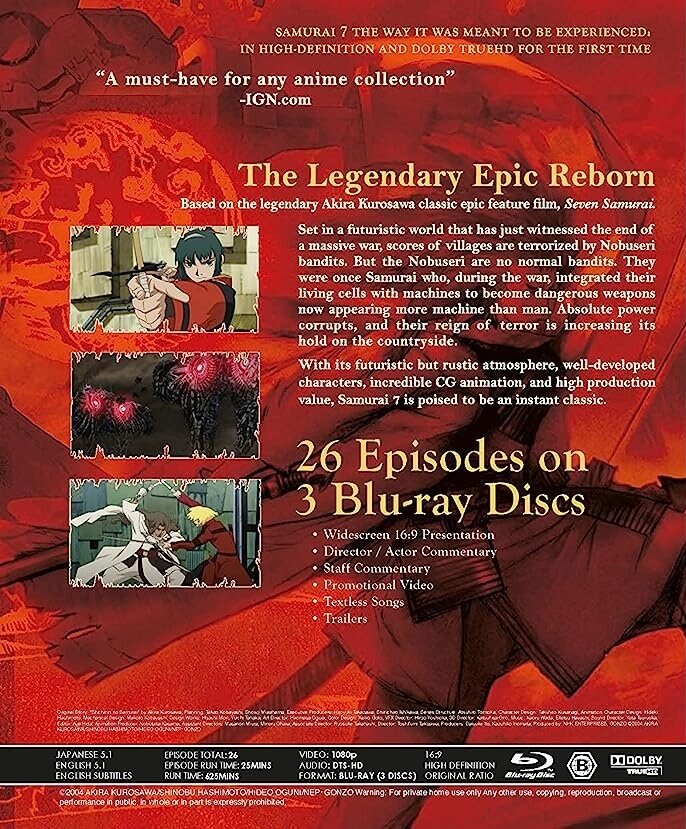 Based on the Akira Kurosawa classic film Seven Samurai.
Set in a futuristic world that has just witnessed the end of a massive war, scores of villages are terrorised by Nobuseri bandits. But the Nobuseri are no normal bandits. They were once Samurai who, during the war, integrated their living cells with machines to become dangerous weapons now appearing more machine than man. Absolute power corrupts, and their reign of terror is increasing its hold on the countryside.