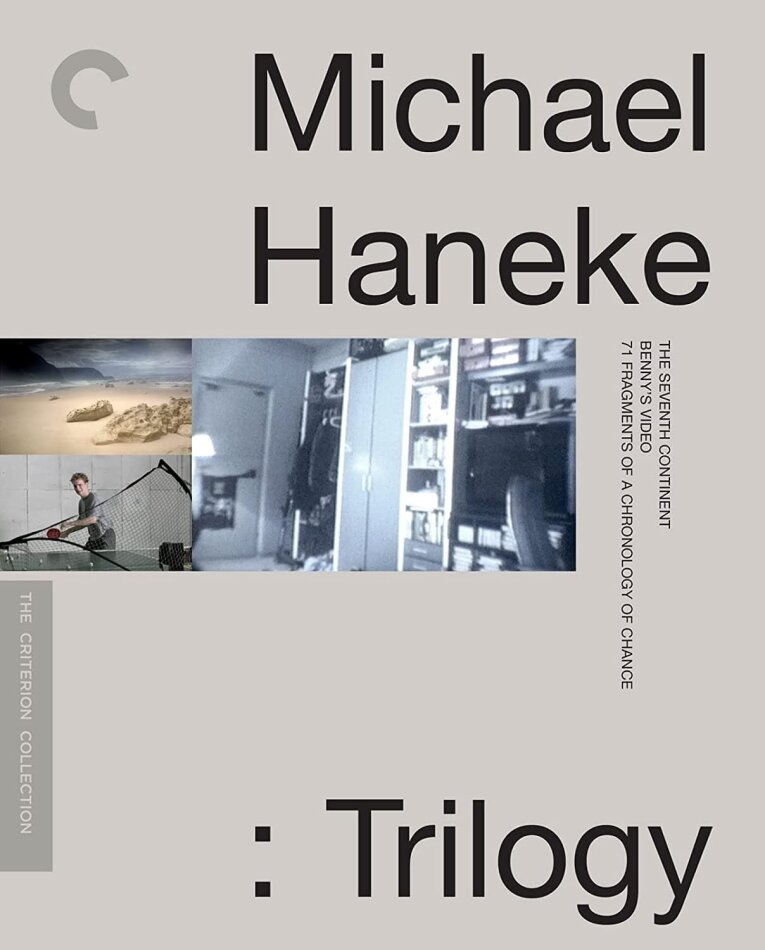 Three-disc set includes: The Seventh Continent (1989)An unsettling drama from German director Michael Haneke, detailing three years in the life of a seemingly normal, middle-class family. As time moves on, the grind of life wears thin and eventually leads them into emotional despair. Birgit Doll, Dieter Berner star. 104 min. In German with English subtitles. C/Rtg: NR Benny's Video (1992)The tragic dissociation of 14-year-old Benny (Arno Frisch) from any trace of human conscience is the chilling journey chronicled by this grueling drama from director Michael Haneke. Ignored by his wealthy parents, Benny secludes himself in his bedroom with loud rock and violent videotapes. After Benny murders a girl he brings to his room to watch graphic footage of a pig slaughter, his parents' reaction lays the groundwork for even more disturbing events. Angela Winkler, Ulrich Mühe also star. 105 min. In German with English subtitles. C/Rtg: NR 71 Fragments Of A Chronology Of Chance (1994)Provocative filmmaker Michael Haneke explores the desensitization of society from the monotony of television images in this chilling film, which follows the seemingly mundane activities of a range of everyday characters whose fates collide with shocking inevitability. Gabriel Cosmin Urdes, Lukas Miko, and Anne Bennent star. 95 min. In German with English subtitles. C/Rtg: NR Widescreen; Soundtrack: German; Subtitles: English; featurettes; deleted scenes; theatrical trailers. In German with English subtitles.