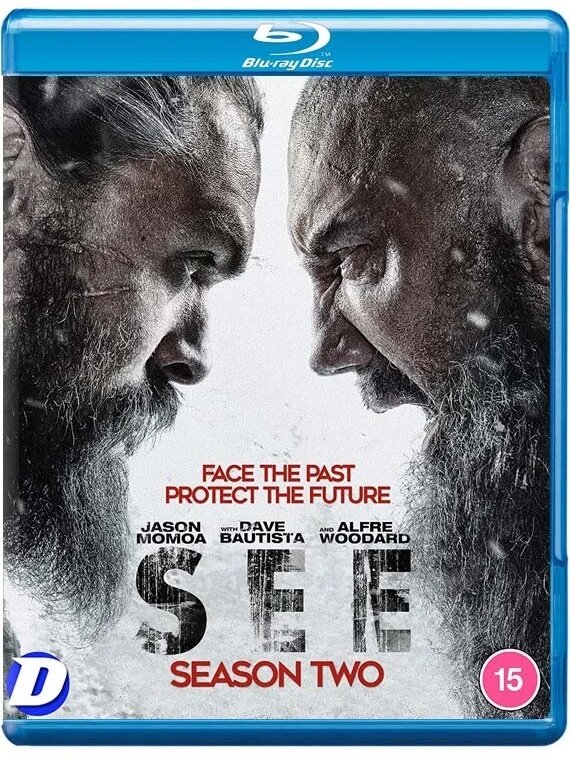 All eight episodes from the second season of the sci-fi drama starring Jason Momoa and Alfre Woodard. After a virus wiped out most of humanity, the descendents of the survivors lost their sense of sight and found new ways to hunt, build and survive without vision. Any mention of sight is now considered heresy. Pregnant Maghra (Hera Hilmar) seeks sanctuary with the Alkenny tribe and later, their chief Baba Voss (Momoa) marries her and adopts her children, who are born with the ability to see. Their biological father Jerlamarel (Joshua Henry) has sight and is being hunted by order of Queen Sibeth Kane (Sylvia Hoeks) of the Payan Kingdom, Maghra's sister. Baba must fight to keep his family and his tribe safe from the Queen and her army. In this season, Haniwa (Nesta Cooper) is being held by General Edo Voss (Dave Bautista) and Baba, Paris (Woodard) and Kofun (Archie Madekwe) are determined to free her. Meanwhile, war is coming. The episodes are: 'Brothers and Sisters', 'Forever', 'The Compass', 'The Witchfinder', 'The Dinner Party', 'The Truth About Unicorns', 'The Queen's Speech' and 'Rock-a-Bye'.