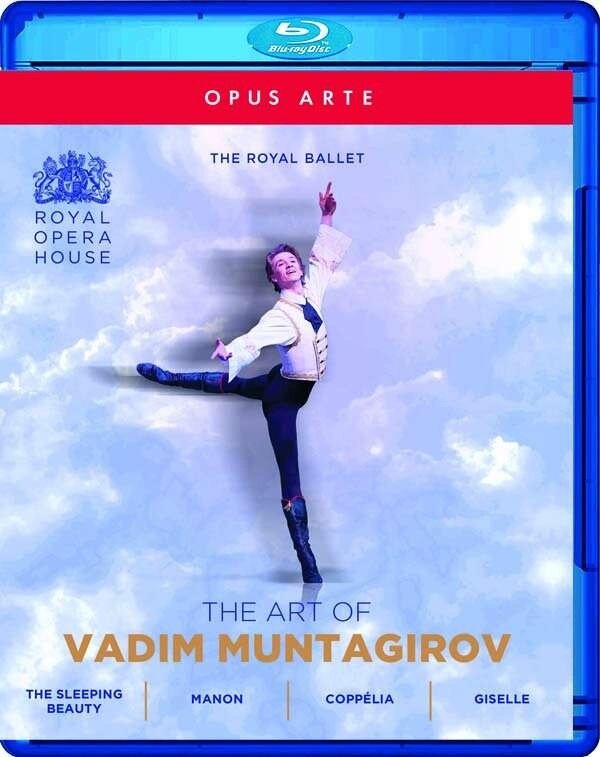 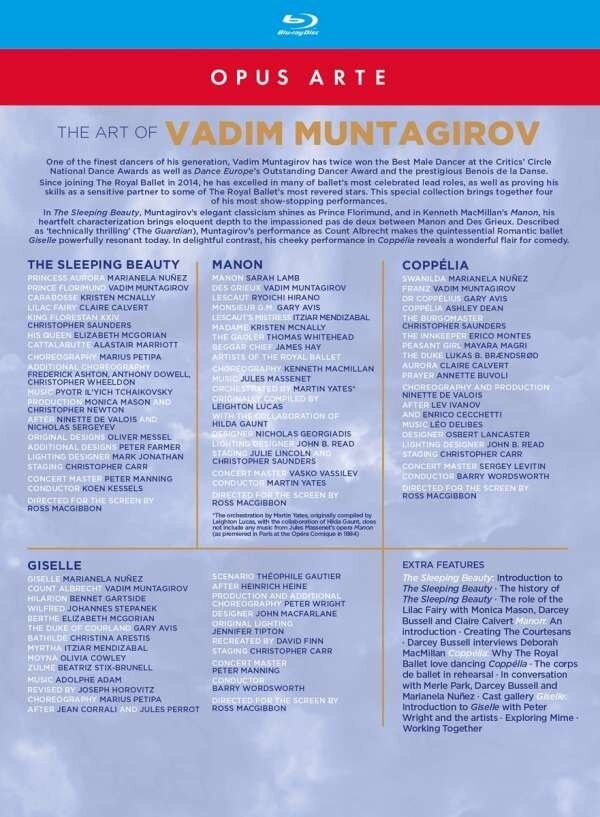 One of the finest dancers of his generation, Vadim Muntagirov has twice won the Best Male Dancer at the Critics' Circle National Dance Awards as well as Dance Europe's Outstanding Dancer Award and the prestigious Benois de la danse. Since joining The Royal Ballet in 2014, he has excelled in many of ballet's most celebrated lead roles, as well as proving his skills as a sensitive partner to some of The Royal Ballet's most revered stars. This special collection brings together four of his most show-stopping performances. In The Sleeping Beauty, Muntagirov's elegant classicism shines as Prince Florimund, and in Kenneth MacMillan's Manon, his heartfelt characterization brings eloquent depth to the impassioned pas de deux between Manon and Des Grieux. Described as 'technically thrilling' (Guardian), Muntagirov's performance as Count Albrecht makes the quintessential Romantic ballet Giselle powerfully resonant today. In delightful contrast, his cheeky performance in Coppélia reveals a wonderful flair for comedy.