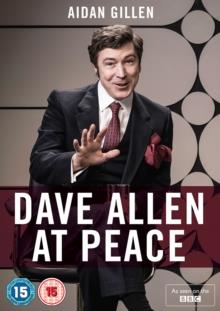 Aidan Gillen plays the provocative godfather of modern stand-up.
This drama focuses on the controversial comedian's forty-year career, from performing alongside his brother as a Butlin's Redcoat to becoming one of the UK and Ireland s comedy greats. Written by Stephen Russell (We're Doomed: The Dad s Army Story, Hattie, and Peaky Blinders), this film explores how Dave s comedy genius was shaped by the tragic loss of his father, his brother... and his finger. How he survived decades of the Roman Catholic Church s wrath, death threats from the IRA and a ban by Irish and Australian TV, only to have his television career end in controversy when he used the f-word in an innocuous joke.