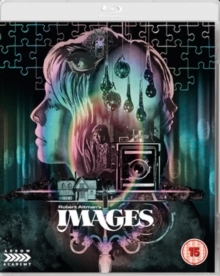 Originally conceived in the mid-sixties, Images concerns a pregnant children s author (Susannah York, who won the Best Actress award at the Cannes Film Festival) whose husband (Rene Auberjonois) may or may not be having an affair. While holidaying in Ireland, her mental state becomes increasingly unstable resulting in paranoia, hallucinations and visions of a doppelgänger.