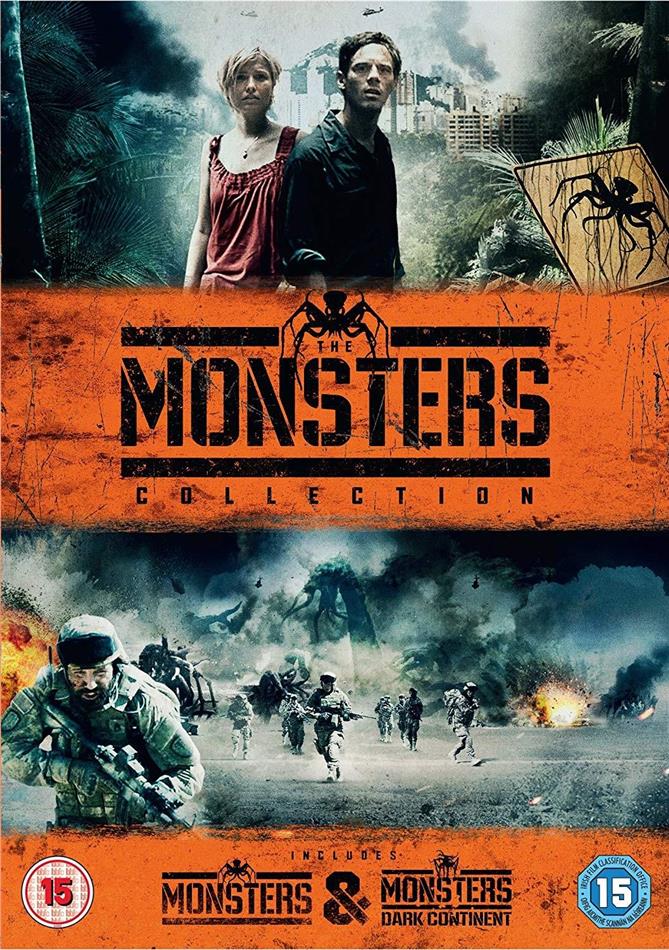 Monsters:
Six years ago NASA discovered the possibility of alien life within our solar system. A probe was launched to collect samples, but crashed upon re-entry over Central America. Soon after, new life forms began to appear and grow.

Monsters 2 - Dark Continent:
Ten years on from the events of Monsters and despite humanity's best efforts the Infected Zones have now spread worldwide bleeding over into active warzones meaning the armed forces now have both alien and insurgent threats to contend with.