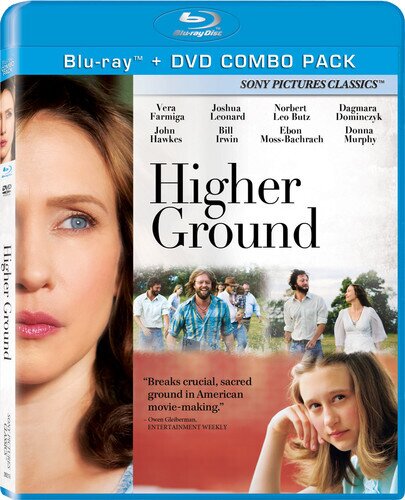 Vera Farmiga`s directorial debut, Higher Ground, depicts the landscape of a tight-knit spiritual community thrown off-kilter when one of their own begins to question her faith. Inspired by Carolyn S. Briggs` memoir, This Dark World, the film tells the story of a thoughtful woman`s struggles with belief, love and trust. A woman who learns that no matter how many times she loses her footing, she has within herself all that's necessary to get to a higher place.